The Archdiocese of Philadelphia Announces the Appointment of Mr. James E. Andrews as Director of the Office for Black Catholics 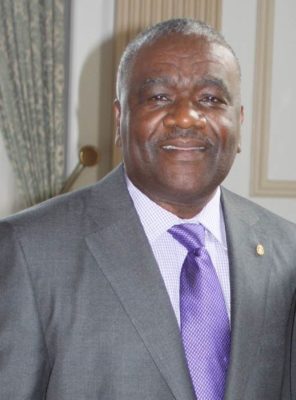 The Archdiocese of Philadelphia announced today that Archbishop Nelson J. Pérez has appointed Mr. James E. Andrews as its next Director of the Office for Black Catholics effective October 12, 2020. Mr. Andrews succeeds Reverend Richard Owens, O.F.M. Cap. who served as the Director of the office for three years before assigned to other duties by his religious order.

Mr. Andrews previously served as the Director of the Office for Black Catholics and Coordinator of the Racial Justice Commission for the Diocese of Camden. Over the course of nearly five years, he worked in that role to increase the visibility and involvement of the Black Catholic community throughout South Jersey through faith formation, education, and leadership development.

As the Coordinator of the Racial Justice Commission, Mr. Andrews worked to eradicate the sin of racism in society by identifying emerging race based tensions as well as issues and addressing them in a manner designed to strengthen the common bond of humanity.

Prior to his time with the Diocese of Camden, Mr. Andrews spent 36 years working in various capacities for the United States Department of Labor.

Mr. Andrews holds a Bachelor of Science Degree in English from Cheyney University of Pennsylvania and a Master of Theology Degree from Georgian Court University. He has also completed partial post graduate work toward a Master of Public Administration Degree at Penn State University.

Mr. Andrews is a parishioner of the Saint Martin de Porres Parish in North Philadelphia.

Editor’s Note: A photograph of Mr. James E. Andrews is attached for publication purposes with credit to the Archdiocese of Philadelphia.

The Office for Black Catholics facilitates on all levels within the Archdiocese participation of the Black Catholic community in the life of the Church. For more information, please visit https://officeforblackcatholicsadphila.org/.