Permanent Deacon Joseph F. Sexton, retired, died on Thursday, December 17, 2020, at the Hospital of the University of Pennsylvania, from complications related to COVID-19.  He was 86 years old.

Deacon Sexton was born on March 27, 1934. He was the only child of the late Thomas and Margaret Sexton. He was preceded in death by his wife, Barbara, who passed away in 2003. He is survived by four children: Deborah; Michael; Janet; and Thomas; as well as, ten grandchildren and five great-grandchildren.

Deacon Sexton entered a seminary high school, but after graduation, left to join the United States Army. He was stationed in Japan, where he met his future wife, Barbara. After being honorably discharged from the military, Deacon Sexton entered Saint Joseph’s University, where he earned a B.S. degree in accounting. He was employed as a staff accountant for Conrail, and retired from there at the age of 60.

Deacon Sexton was ordained at the Cathedral Basilica of Saints Peter and Paul on June 11, 1995, by Cardinal Anthony Bevilacqua. He was assigned to Saint Mary of the Assumption Parish, Philadelphia, and remained there until his retirement in 2009.

Reception of the body and a viewing will be held on Tuesday, December 22, 2020, at 9:30 AM, to be followed by Funeral Mass at 11:00 AM, at Immaculate Heart of Mary Parish, 819 E. Cathedral Road, Philadelphia. The principal celebrant and homilist will be Reverend James McGuinn. The Deacon Assisting at the Liturgy of the Word will be Deacon Vincent Thompson. The Deacon Assisting at the Altar will be Deacon William Eliason. 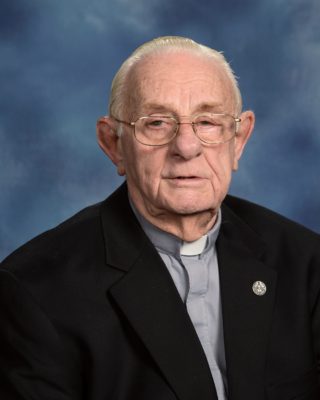