Deacon Richard G. Nightingale, died on Sunday, December 12, 2021. Deacon Nightingale had suffered from diabetes and lung cancer; however, he remained in active ministry at Saint Cyprian Parish, Philadelphia, and he assisted at Mass and preached his final homily on November 7, 2021.

Deacon Nightingale was ordained on November 7, 1982, at the Cathedral Basilica of Saints Peter and Paul, by his Eminence John Cardinal Krol. He was assigned to Our Lady of Victory Parish, Philadelphia, where he remained until the parish closed in 2005. He was then assigned to Our Lady of the Blessed Sacrament Parish, where he remained until that parish closed in 2013.

In terms of employment, Deacon Nightingale was a music teacher for the School District of Philadelphia. He also taught music to private students as well. He served as business manager at both Our Lady of Victory Parish and Our Lady of the Blessed Sacrament Parish. Following the closing of Our Lady of the Blessed Sacrament Parish in 2013, Deacon Nightingale was assigned to Saint Cyprian Parish, Philadelphia, where he remained until his death.

Deacon Nightingale was a member of a charismatic prayer group, and was a faithful retreatant at the Malvern Retreat House for decades. For many years, Deacon Nightingale would bring young men from his community on a weekend retreat. He also mentored a few men to consider a vocation to the Permanent Diaconate, one of whom eventually became the Associate to the Vicar for Clergy.

Reception of the Body will take place on Saturday, December 18, 2021, at 9:00 AM, at Saint Cyprian Parish, 525 Cobbs Creek Parkway, Philadelphia, followed by a viewing. The Funeral Mass will begin at 11:00 AM. The principal celebrant will be the Most Reverend Timothy C. Senior. The homilist will be Reverend Monsignor Henry J. McKee. 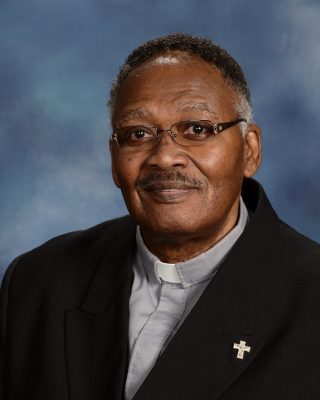