Retired Deacon Frank M. Bizal died on Saturday morning, April 16, 2022, at the age of 92 years old.  He is survived by his wife of over 65 years, Mary Kay (nee Krejci); four children: David, Stephen, Michael, and Kathleen. He is also survived by twelve grandchildren and two great grandchildren. He was predeceased by eleven siblings.

Deacon Bizal was ordained on June 3, 1990, at the Cathedral Basilica of Saints Peter and Paul by His Eminence, Cardinal Anthony Bevilacqua. He was assigned to SS Phillip and James Parish, Exton, where he remained until his retirement in 2010.

Deacon Bizal was drafted into military service during the Korean War and was selected for Leadership School and Officer Candidate School, where he graduated as a commissioned officer. He served in the 11th Airbourne Division of the United States Army for three years as a paratrooper and First Lieutenant. After his Army discharge, Deacon Bizal began studies at the University of Nebraska and graduated with a BS in Mechanical Engineering. He had a 33-year career with General Electric, which entailed relocating his family from Nebraska to Indiana, Ohio, Connecticut, Oklahoma, New Jersey and finally, Pennsylvania. 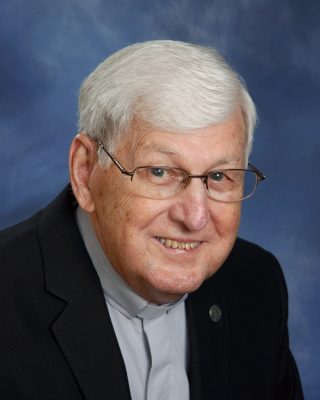