Archbishop Chaput’s Weekly Column: The Epidemic and its Cure 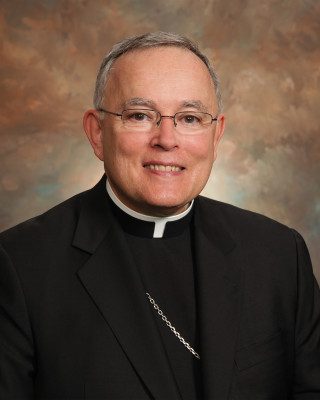 I’ve always loved the movies, and one of the scariest films in recent memory is 28 Days Later, released in 2002.  The plot is simple.  Animal-rights activists break into an experimental disease lab in Britain.  They free a group of innocent test monkeys from their cages.  That’s the good news.

The bad news is that the monkeys are infected with a weaponized, fiercely communicable rage virus.  The monkeys attack their liberators.  The humans immediately catch the virus.  They then attack each other and anyone else they can grab.  The virus spreads geometrically.  It burns through the population like a gasoline fire.  A month later, civilization in the United Kingdom has collapsed.  The few remaining healthy humans struggle to survive while eluding the infected.

If that story line sounds vaguely similar to the tone of our national discourse over the past 10 months, it should.  We’re not yet tearing at each other with our teeth.  But the irrational fury on our campuses, in the streets, in our news media, and in our larger political and cultural debates leads inevitably in that direction.  When ESPN feels compelled to pull an Asian-American commentator named Robert Lee from covering a University of Virginia football game for his own safety and to avoid offending others, we’re well beyond the realm of the strange and into the surreal.

It’s easy, and warranted, to blame the White House for our current toxic national atmosphere.  President Trump, with his baffling manner and lack of self-control, has earned a healthy portion of the blame.  But there’s more than enough blame – a lot more than enough – to go around.  “Hate has no home here” is an admirable theme for one of today’s most popular lawn sign campaigns.  But its message simply isn’t true.  Hate does have a home here.  It’s welcome and very well-fed in a lot of our hearts, regardless of our political allegiances.  And our refusal to admit that is part of the problem.

When an organization like the Southern Poverty Law Center labels a mainstream religious liberty advocate like the Alliance Defending Freedom (ADF) as a “hate group” it’s simply betraying its own bitter contempt for the people and convictions the ADF defends.  So yes, hate has a home here alright: not just among white nationalists, immigrant-haters and neo-Nazis, as loathsome as their ideas are, but also among the “progressive” and educated elites who have the power to insulate themselves from the consequences of their own delusions and bigotries.

The reason the Church names anger as one of the seven “deadly” sins is because it’s simultaneously so poisonous, so delicious, and so addictive.  Anger congeals quite comfortably into hatred.  In C.S, Lewis’s novel The Great Divorce, the damned cling jealously to their anger (among other sins) because it’s so reassuring; so satisfying and self-justifying.  The point is, people easily begin to like being angry.  Wrath feels good, especially when the ugliness of the habit can be dressed in a struggle against real or perceived evils.

Christians aren’t the first to notice this terrible truth.  The great Roman Stoic philosopher Seneca, writing in the First Century A.D., put it this way:

“[Anger] is the most hideous and frenzied of all the emotions.  The others have something quiet and placid in them, whereas anger is all excitement and impulse.  Raving with a desire that is utterly inhuman for instruments of pain and reparations in blood, careless of itself so long as it harms the other, it rushes onto the very spear points, greedy for vengeance that draws down the avenger with it.”

Anger “is greedy for punishment” and a kind of “brief insanity” as Seneca says elsewhere.  It first deforms and then destroys the person and the culture that cultivate it.  If that’s true – and it clearly is – America 2017 is urgently in need of a healing.  We’re a culture addicted to anger.  And we’re relentlessly reinforced in it by mass media that compulsively feed our emotions and starve our reason.

Here’s a final thought from Seneca:

“Human life rests upon kindness and concord; bound together, not by terror but by love reciprocated, it becomes a bond of mutual assistance.”

Those are beautiful words, and true.  They’re not far from the deeper truths of the Gospel.  But they’re also empty words unless we live them.  That will demand from us a holy skepticism about the bad things we hear and see and assume about our perceived enemies.  Our “enemies” are people like us, whatever their ideas and identities.  And they have a right to our patience, restraint and respect, whatever the cost – just as we have a right to demand the same from them.

It’s not easy work, but it needs to start somewhere.  It should start with us.