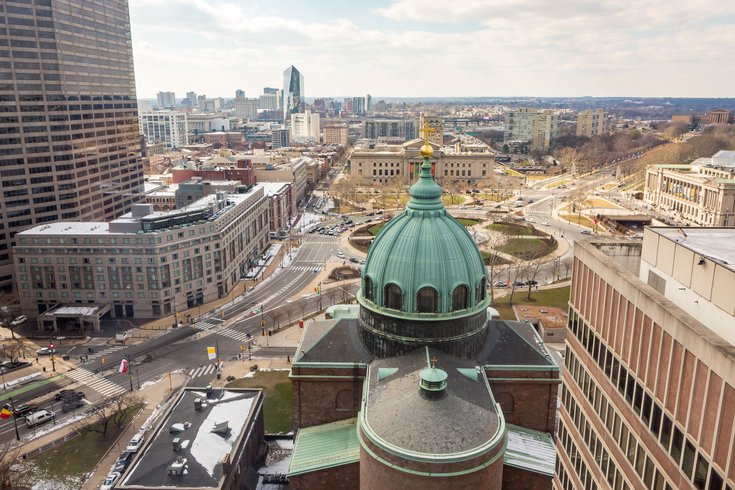 Mrs. Marisally Santiago appointed Director of the Archdiocesan Office of Ministry with Youth

Mrs. Santiago, who is fluent in Spanish, previously served as the Associate Director for Hispanic Youth Ministry (Pastoral Juvenil Hispana) and Young Adult Outreach for the Archdiocese of Newark. In this role, she worked to rebuild the Archdiocesan programs and increase the engagement of youth and young adults throughout North Jersey. Since 2015, Mrs. Santiago has served as Youth Minister for Our Lady of Mount Virgin Parish in Garfield, New Jersey. In that role, she directed all aspects of youth ministry, including regular meetings, outings, retreats, leadership formation, pilgrimages, and additional activities for youth in 8th grade through high school. Prior to working with the Archdiocese of Newark and Our Lady of Mount Virgin Parish, Mrs. Santiago served as a Youth Minister at Holy Family Parish in Union City, New Jersey, and a Retreat Facilitator and Team Mentor for Cathedral High School in New York City.

Mrs. Santiago holds a Bachelor of Arts Degree in Graphic Design from the University of Central Florida; a Masters Degree in Pastoral Ministry with a concentration in Spiritual Direction from Immaculate Conception Seminary, Seton Hall University; and a Certification in Digital Evangelization, issued by La Universidad Juan Pablo II located in Costa Rica. Mrs. Santiago is also a member of the National Catholic Network de Pastoral Juvenil Hispana (La RED) and the National Federation for Catholic Youth Ministry (NFCYM). Her appointment is effective December 7, 2020.

Mr. Davis previously served as the Director of the Office of Life and Justice Ministries and Vice Chancellor of the Diocese of Camden. In those roles, he worked with the clergy and laity to promote a consistent ethic of life rooted in scripture and tradition. Prior to working for the Diocese of Camden, Mr. Davis served as Director of the Archdiocese of Philadelphia’s Office of Pastoral Care for Migrants and Refugees. During his previous tenure with the Archdiocese, Mr. Davis spent seven years supporting and collaborating with the priests, religious, and lay leaders of 38 parish communities offering Mass in 18 different languages. His work helped to ensure that the temporal and pastoral needs of a diverse migrant population was met effectively.

Mr. Davis, who is fluent in Spanish, has also served as English as a Second Language (ESL) in Philadelphia, Boston, Saint Louis and the Dominican Republic. In addition, he served as a Youth Coordinator at the Saint Jane Community Center in Saint Louis, a Campus Minister at the Catholic Student Center at Washington University, and a Second/Third Grade Combination Class Teacher at Roosevelt Elementary School in Compton, California. Mr. Davis holds a Bachelor of Arts Degree in Religious Studies from Washington University and completed course work as a Pre-Theology Seminary Student at the Kenrick Glennon Seminary, Saint Louis University. He is expected to complete his Master of Science in Church Management at Villanova University in May 2021. His appointment is effective November 16, 2020.

In June 2016, the Archdiocese of Philadelphia launched newly revived youth and young adult ministry initiative named ANTHEM. It was designed to serve as the successor to the Office for Youth and Young Adults (OYYA), which had been dissolved in 2012. Both modes of ministry and evangelization sought to address the needs of youth and young adults under the auspices of one administrative team and supporting staff.

Over the years, the landscape of youth and young adult ministry has evolved rapidly along ethnic and cultural lines. In addition, national best practices have shown that hybrid ministerial models lack the ability to fully address the unique needs of the age groups being served based on their levels of spiritual, physical, and emotional maturity.

Soon after his arrival in Philadelphia, Archbishop Pérez formed a task force to study ministry to youth and young adults in the five-county Archdiocese of Philadelphia and its level of effectiveness. As a priest, pastor, bishop, and episcopal advisor to the National Federation for Catholic Youth Ministry (NFCYM), the Archbishop has played an active role in ministry to youth and young adults at various levels and witnessed first hand its changing nature.

The task force contained representation from the local and national levels and used three documents to guide its work—Renewing the Vision and Sons and Daughters of Light from the United States Conference of Catholic Bishops as well as Pope Francis’s Apostolic Exhortation to young people Christus Vivet.

During the course of its work, task force members consulted with senior leadership of the Archdiocese. It also surveyed pastors, youth ministers, and young adults throughout the five-county region to identify the needs and desires of the youth and young adult populations from various angles including multi-cultural communities and serving those with disabilities.

The Archdiocese of Philadelphia announced that Archbishop Pérez has accepted the recommendations of the Task Force to form two distinct and new offices. In doing so, the Archbishop expressed sincere gratitude for the hard work and dedication of those who served this vital ministry under the OYYA and ANTHEM models. One of the new offices will focus on youth ministry and the other will focus on young adult ministry with appropriate collaboration between them. Each office will have its own director with additional staffing to be determined.

In order to provide for consistency in approach, adherence to the recommendations set forth by the Task Force, and alignment with Archdiocesan goals, the work of both offices will be overseen by Mrs. Ann Menna, Deputy Secretary for Catechetical Formation in the Archdiocese of Philadelphia, and Reverend Steven DeLacy, the Archbishop’s Delegate for Youth and Young Adult Ministry.

As this new model unfolds, it will be accompanied by further study and research to ensure appropriate development as well as allocation of resources in a prudent fashion.

In the coming weeks a search committee will be led by the Archdiocesan Human Resources Office, Mrs. Menna, and Father DeLacy to identify and hire the best possible candidates to staff the newly formed offices. Their search will be shaped by the work and findings of the task force. Currently, it is expected that the offices will be staffed by fall of 2020.