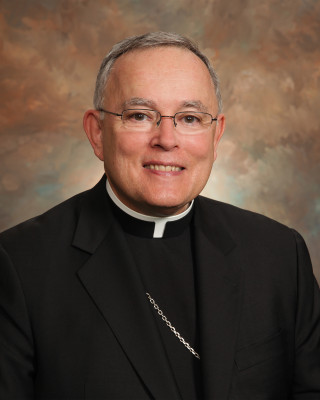 At the heart of Catholic social teaching lie two principles: concern for the common good and respect for the individual human being.  An example:  Catholic prison ministry doesn’t dispute the need for punishment under the law to secure the safety of the public.  But it also refuses to abandon the prisoner, affirms his continuing dignity and seeks his rehabilitation.

Another example: the annual March for Life.  Hundreds of thousands of good people have marched on behalf of unborn children every January for more than four decades for two reasons:  Permissive abortion poisons society as whole, and it does so by killing one developing child at a time.

To put it another way, individuals have obligations to the common good, and governments have a particular duty to provide for public security; otherwise they lose their legitimacy.  But we can’t serve the common good by exploiting or callously mistreating individuals, especially the weak.  Being “prolife” involves a great deal more than a defense of unborn life, though it should naturally start there.  We also have grave responsibilities to the poor, the infirm, the elderly and the immigrant – responsibilities that will shape our encounter with the God of justice when we meet him face to face.

There are few embodiments of the weak more needy or compelling than refugees.  This is why the Church in the United States has reacted so strongly, so negatively — and so properly – to President Trump’s executive orders of January 28.  Writing on January 31, Los Angeles Archbishop José Gomez (himself an immigrant from Mexico and a naturalized citizen) put it this way:

“It is true that [President Trump’s] refugee orders are not a ‘Muslim ban,’ as some protesters and media are claiming. In fact, the vast majority of Muslim-majority countries are not affected by the orders, including some that have real problems with terrorism, such as Saudi Arabia, Pakistan and Afghanistan.

“That does not make these orders less troubling. Halting admissions of refugees for 90 or 120 days may not seem like a long time. But for a family fleeing a war-torn nation, or the violence of drug cartels, or warlords who force even children into armies — this could mean the difference between life and death . . .

“And it is a simple fact that not all refugees are terrorists, and refugees are not even the main source of terrorist threats to our country. The terror attack here in San Bernardino was ‘home grown,’ carried out by a man born in Chicago.

“As a pastor, what troubles me is that all the anger, confusion and fear that resulted from last week’s orders was entirely predictable. Yet that does not seem to have mattered to the people in charge.”

The Wall Street Journal captured the seemingly slipshod and bumbling nature of the executive orders in its lead January 30 editorial, “Trump’s refugee bonfire.”  For the Journal, the “refugee ban is so blunderbuss and broad, and so poorly explained and prepared for, that it has produced confusion and fear at airports, an immediate legal defeat, and political fury at home and abroad.”  Worse, the human damage has been painfully bitter: dislocated families, refugees and legal immigrants sent home or turned back, and intense fear in urban immigrant communities like Philadelphia’s.

None of this is overstatement.  A friend of mine tells the story of her Colombian daughter-in-law – a young woman with two master’s degrees, a recently acquired green card, legally employed, with two children by her U.S. citizen husband – who’s now convinced that she might be deported.  It doesn’t matter how implausible that sounds or is; what matters is the general atmosphere of uncertainty and fear these poorly thought through, abruptly deployed executive orders have created.  This in turn fuels opponents of the new administration who will use any available material to paralyze and undermine the legitimacy of a Trump presidency.  Mr. Trump has now provided them with free and invaluable help.

We’re living through an irrational and dangerous time in the life of the nation, and the blame rests on both sides of the political spectrum.  But if our differences are intractable, the very last people who should bear the cost of the current civil war are refugees.