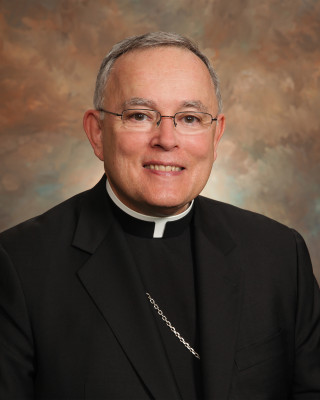 Back in 2008, in the weeks leading up to the Obama-McCain presidential election, two young men visited me in Denver.  They were from Catholics United, a group describing itself as committed to social justice issues.  They voiced great concern at the manipulative skill of Catholic agents for the Republican Party.  And they hoped my brother bishops and I would resist identifying the Church with single-issue and partisan (read: abortion) politics.

It was an interesting experience.  Both men were obvious flacks for the Obama campaign and the Democratic Party — creatures of a political machine, not men of the Church; less concerned with Catholic teaching than with its influence.  And presumably (for them) bishops were dumb enough to be used as tools, or at least prevented from helping the other side.  Yet these two young men not only equaled but surpassed their Republican cousins in the talents of servile partisan hustling.  Thanks to their work, and activists like them, American Catholics helped to elect an administration that has been the most stubbornly unfriendly to religious believers, institutions, concerns and liberty in generations.

I never saw either young man again.  The cultural damage done by the current White House has – apparently — made courting America’s bishops unnecessary.

But bad can always get worse.  I’m thinking, of course, of the contemptuously anti-Catholic emails exchanged among members of the Clinton Democratic presidential campaign team and released this week by WikiLeaks. A sample:  Sandy Newman, president of Voices for Progress, emailed John Podesta, now the head of Hillary Clinton’s campaign, to ask about whether “the bishops opposing contraceptive coverage” could be the tinder for a revolution. “There needs to be a Catholic Spring, in which Catholics themselves demand the end of a middle ages [sic] dictatorship,” Newman writes.

Of course, Newman added, “this idea may just reveal my total lack of understanding of the Catholic church, the economic power it can bring to bear against nuns and priests who count on it for their maintenance.” Still, he wondered, how would one “plant the seeds of a revolution”? John Podesta replied that “We created Catholics in Alliance for the Common Good to organize for a moment like this . . . likewise Catholics United” (emphasis added).

Another Clinton-related email, from John Halpin of the Center for American Progress, mocks Catholics in the so-called conservative movement, especially converts: “They must be attracted to the systematic thought and severely backwards gender relations and must be totally unaware of Christian democracy.” In a follow-up, he adds “They can throw around ‘Thomistic’ thought and ‘subsidiarity’ and sound sophisticated because no one knows what . . . they’re talking about.”

On the evening these WikiLeaks emails were released, I received the following angry email myself, this one from a nationally respected (non-Catholic) attorney experienced in Church-state affairs:

“I was deeply offended by the [Clinton team] emails, which are some of the worst bigotry by a political machine I have seen.  [A] Church has an absolute right to protect itself when under attack as a faith and Church by civil political forces. That certainly applies here . . .

“Over the last eight years there has been strong evidence that the current administration, with which these people share values, has been very hostile to religious organizations.  Now there is clear proof that this approach is deliberate and will accelerate if these actors have any continuing, let alone louder, say in government.

“These bigots are actively strategizing how to shape Catholicism not to be Catholic or consistent with Jesus’ teachings, but to be the ‘religion’ they want.  They are, at the very core, trying to turn religion to their secular view of right and wrong consistent with their politics.  This is fundamentally why the Founders left England and demanded that government not have any voice in religion.  Look where we are now.  We have political actors trying to orchestrate a coup to destroy Catholic values, and they even analogize their takeover to a coup in the Middle East, which amplifies their bigotry and hatred of the Church.  I had hoped I would never see this day — a day like so many dark days in Eastern Europe that led to the death of my [Protestant minister] great grandfather at the hands of communists who also hated and wanted to destroy religion.”

Of course it would be wonderful for the Clinton campaign to repudiate the content of these ugly WikiLeaks emails. All of us backward-thinking Catholics who actually believe what Scripture and the Church teach would be so very grateful.

In the meantime, a friend describes the choice facing voters in November this way: A vulgar, boorish lout and disrespecter of women, with a serious impulse control problem; or a scheming, robotic liar with a lifelong appetite for power and an entourage riddled with anti-Catholic bigots.

In a nation where “choice” is now the unofficial state religion, the menu for dinner is remarkably small.